A bit of history:

In ancient times, in the Mediterranean area, olive oil was of common use in cosmetics. In Egypt it was used for hair care and to mitigate the advance of wrinkles; the Greeks smoothed it onto athletes’ body and prepared them for a race with a thermal massage. Even the Romans used it for massages and skin care, in fact they called the treatments “beauty baths”. Galeno di Pergamo (from which the Italian word “Galenica” [pharmaceutics] comes) used oil to lighten the skin of hands and face and to stimulate hair growth. Olive oil was also used for bleeding and scabies. In the Renaissance the botanical physician Pierandrea Mattioli wrote a monumental work that was considered a reference point and was adopted as a medical text almost until the birth of modern pharmacotherapy. The suggestions on the use of olive oil are countless, such as: “omphacinum”, obtained from unripe olives, “unripe, is great for healthy use […] and is healthy for stomach”. Taken warm by mouth, it attenuated “colic, lateral and renal pains” and it was useful for “expelling worms”. All the recipes show a widespread use of olive oil and there are countless attestations on the use of olive oil in cosmetics preparations. The daily use of oil was recommended on the whole body in the bathroom. Leonardo Fioravanti, a Bolognese knight, was the author of many pages explaining the virtue and quality of olive tree and it was used for many preparations and unguents with medical indications; he also explained how the residues in the oil preserved hair colour.

In the 19th century, medicine testified to the beneficial properties of olive oil used for cosmetics that are still claimed today. The recommended cosmetics were “some unguent”, a treatment that derived from the usual practice of covering the body with olive oil after each bath. In the Classical Dictionary of Internal and External Medicine of 1836 these practices were considered preferable to medicine. Robust olive oil was administered as a laxative or emetic to treat poisoning. Combined with fats and resins it could also be administered by mouth, to treat inflammation of the intestinal tube, in colic or diarrhoea. In the second half of the century, Paolo Mantegazza in his work “Skin Hygiene and Beauty Hygiene” in two volumes of his popular Hygienic Encyclopedia, explained that in order to preserve the qualities of our skin it is useful to enrich the bath water with olive oil: about 60g of oil. The manual recommended the use of olive oil to clean and soften the skin “to maintain or improve the beauty of the body”. However, the advice also covered other areas, for example a cosmetic soap based on olive oil and soda or its use on “friable” nails.

Today, the specific pharmacological properties of olive oil are recommended especially in the prevention of different disorders such as bone aging, digestive and cardiovascular diseases, arteriosclerosis, diabetes, obesity, hypertension, rheumatoid arthritis, memory loss and certain types of cancer. In olive oil there is squalene as in human sebum ad this makes it an excellent natural ingredient for biocosmetics products.

In dermatology extra virgin olive oil has an important role, as it has a high concentration of regenerating substances. The high amount of vitamin E has important antioxidant effects and is a fundamental adjunct against free radicals, responsible for the cellular aging. In fact, vitamin E, together with vitamin A, stimulates cell regeneration. Hence the recognised nutraceutical capacity of extra virgin olive oil and dermatology as a useful remedy against wrinkles and in treatments to prevent stretch marks.

The cosmetic lines based on olive oil are countless today and are certainly useful to nourish the skin and to put a barrier against the aging of the skin due to atmospheric pollutants that are more and more present in the air that we breathe every day in our cities. 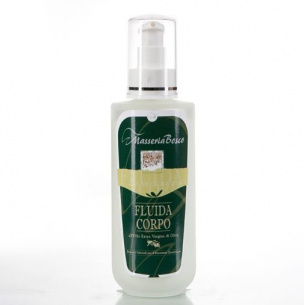 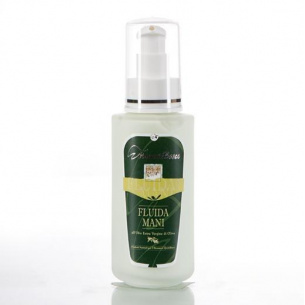